It’s being described as a find as significant as the Sutton Hoo one. There was an interview with Terry Herbert, the local metal detectorist, who was having to take deep breaths in between talking about how he happened to find five kilograms of exquisitely crafted Anglo-Saxon gold. 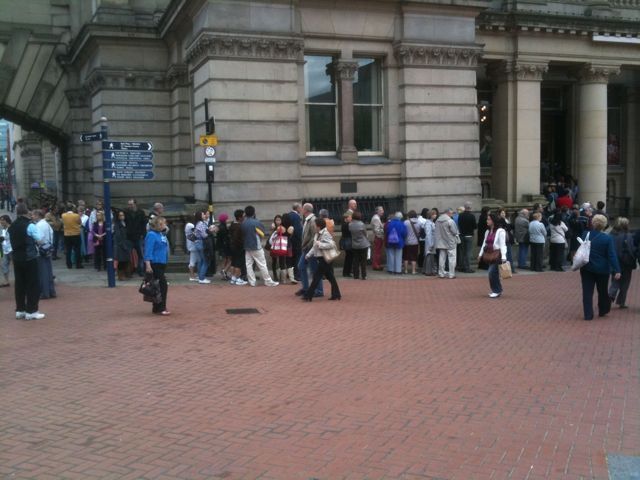 The changes in the rules governing what occurs to treasure finds such as this means that instead of going straight to the British Museum it will first be offered to local museums if they can raise the money. Before that though, it will be on display at a local museum for three weeks and happily that museum happens to be our very own BM&AG. Judging by the long queues formed outside and around the corner of the museum there are many locals who are glad of it.

No doubt the breathlessness experienced by the treasure finder was due to it’s great historical significance but I can’t help but think that it might just be partially due to the seven figure reward that both he and the owner of the land it was found upon are now due.

I’m not sure if Birmingham Museum will be able to afford the cost of keeping it within the boundaries of Old Mercia; I sincerely hope they can.