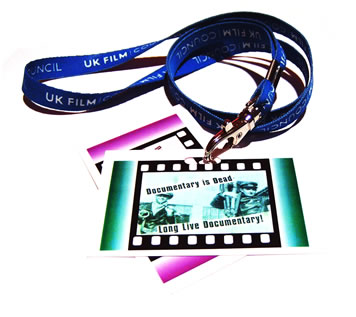 Over the weekend, Screen West Midlands organised and ran a lively series of seminars, chaired by David Naden, entitled “Documentary is Dead – Long Live Documentary” in the Think Tank at Millenium Point. It featured some of the most influential names from British documentary filmmaking who talked about their own films and views about the genre, often illustrated with clips.

I made a few notes of what was said but not nearly enough (damn that spongy brain of mine!) anyway…

The first day focused on the history and development of documentary film making in Britain from the 50’s through to the present day and began with a contribution from Christophe Dupin largely about the Free Cinema movement. John Irvin then followed and emphasised the importance of using narrative in documentary and observed that ‘making the team is important for film making’.

Michael Grigsby and Brian Moser underlined the need for research, the former at one point saying that you need, “space to think, to feel, to listen; let film run, let sound run”, and urged filmakers to, “just do it!”, and use the internet and film festivals as distribution channels. Brian Moser, (who was in Bolivia when they killed Che Guevara!) noted that you need luck and told us that once he had his footage he ‘relied on his editor totally’.

David Pearson mentioned the influence of Italian Neo-Realism and the French Nouvelle-Vague on his work and Marilyn Guant told us how in the past she used to work with crews of eight or more and now must work with just two or less.

All the contributors made mention of the difficulty of the commissioning process now as compared to the past and lamented the diminishing airtime that schedulers, on the terrestrial broadcasting channels, gave to documentary programmes now.

The first day’s session was concluded by two academics (though they were filmakers too). Prof. John Corner discussed the transition of documentary making over the decades — from the 30’s through to the 60’s they became journalistic, through to the 70’s they became observational and through to the 90’s they became entertainment. He suggested that there is a “public values crisis” and that society’s core values had “shifted towards lifestyle and leisure” — presumably reflected in documentary core values. Both he and Prof. Julian Petley re-iterated the importance of scheduling for broadcast documentary making with Prof. Petley revealing that since the 1990 Broadcast Act , the number of documentaries shown on terrestrial TV has been cut by 30% – replaced by leisure/hobbies/soap programmes. That in fact, the act had not brought about de-regulation but ‘re-regulation’. They both pointed out the lack of critical space for talking about TV.

The first day finished with Nikki Smith a director of one of this year’s First Cuts asking, (quite understandably given the generally pessimistic tone of the day), what positive words of encouragement the ‘old-school’ had for those just starting out. The point was made to her (and everyone else) that without a realistic understanding of the industry as it is, she (and we) would not know what obstacles there were out there. Fair point.

However, after the day’s fascinating reality check this cleverly scheduled conference offered us hope but more about that tommorrow.