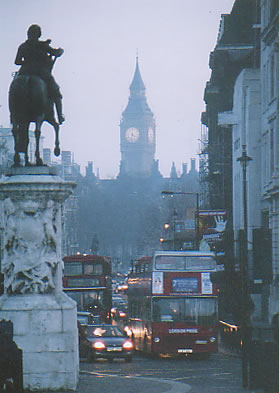 I’m supposed to be getting on with sorting out this community website but decided to take a few moments off and do this.

I hadn’t intended to do a Snapshots of London, (it not really being a holiday destination of mine), but I found these cheesy postcard type photos amongst my holiday snaps and just had to scan ’em and blog ’em. I lived in London for over 15 years. Most of my adult life really and had a great time … I just wish I could remember it all!

What I do remember is that I went down there to study (Hah!) and after bungling through 4 misspent years barely emerged with a qualification that suggested that I knew something about computers (Bah! and Hah!). I came back up to Brum and watched cricket for a few months then legged it back down and got a job in the big bad city. Best decision I ever made. (Brum was really shit in those days!)

Cant say that my parent’s were too happy about it but flying the nest is one of life’s little tests both for parents and their children and although it’s not an asian norm I guess I thought it should be. Besides I was spellbound by the bright lights and the jellied eels … (Eugh! just joking about the jellied eels). Also by the anonymity of living in a city of over 7 million souls.

Some say that Birmingham is a multi-cultural city – it isn’t really. It’s a tri-cultural city – English, Caribbean and Asian but for true multi-culture, London can’t be beaten. Okay, Okay, Brum’s population base is diversifiying, a new influx from all over the world is occuring right now and it can only be a good thing though not without some initial friction at the edges I expect. 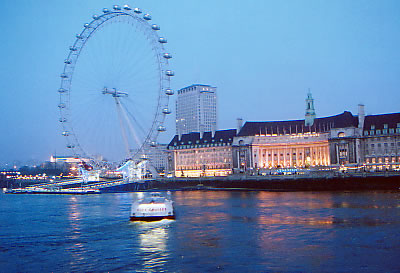 Strange thing is that I didn’t really do a lot of sight-seeing while I was down there. Living, as I did, in Lewisham meant that the links to Central London were such that it just wasn’t worth going up into town. Besides there were plenty of distractions in South East London to occupy a young man’s attentions. Afterall, it was the naughty nineties, the place was buzzing, full of promise and endless possibilities.

Without thinking about it I was living the American Dream. Heck! it was cool even to go to TGI Friday’s in those days. Without getting the point of it we’d belt out the lyrics of Bruce Springsteen’s ‘Born in the USA’ whilst chowing down on a Cajun Catfish Burger and Fries! We were devouring life, love and liberty without a care and all in the pursuit of happiness. Gordon Gecko wasn’t merely a film character personifying the evils of souless capitalism but was an aspirational icon who thousands were emulating. I wore suits for chrisakes! I don’t even know why! I didn’t need to for my job but just before the rave scene migrated down from Manchester suits were the club wear of choice. Perhaps that’s where I wore them … I just wish I could remember going to the clubs!

But for various reasons it all had to end, besides I was getting tired of travelling through the bowels of the earth everyday and paying through the nose for the privilege. Even now, when I pop down to ‘the smoke’, I’m astonished at the price of getting about – it’s cheaper to get from Birmingham to London than it is to actually travel about the nation’s capital over a weekend. (Typical! – barking on about money again!) 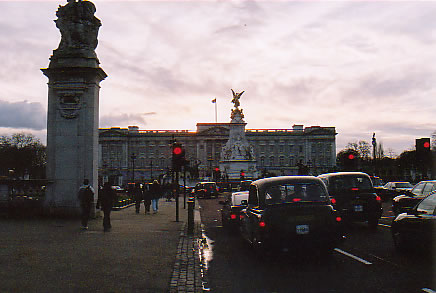 Still, it was and always will be an amazing place but never ask a Londoner about it – they just don’t know anything about London other than stuff to do with their tiny little bits of it. North Londoners wont travel ‘sarf of the river’ and South Londoners consider the North to be ‘foreign’. Well actually I didn’t get to know many real South Londoners … though, I just wish I could remember some of them!

Actually, I think that’s why I keep this weblog. (Apart from it being a cheap form of therapy!) It augments my depleted synapses. One of my regrets is that I deliberately didn’t have a camera for most of my years in London, citing as reason some tired existentialist bullshit about living in the moment but happily, before I started swanning off to other parts of the world, I changed my mind. Which brings up a point I’ve often pondered – how many photos does the average person have taken of them these days. I mean, in the past it was such an expensive activity that you’d get one or two portrait pictures done and that was your lot. Then, with the advent of the Kodak Instamatic and it’s like and successors and with cheap processing people must have had hundreds or even thousands of pictures taken, both by themselves and others. So, even though I didn’t take any pictures myself there must be hundreds of photos out there somewhere documenting my life in the metropolis… (and I’m prepared to pay handsomely for the negatives!) 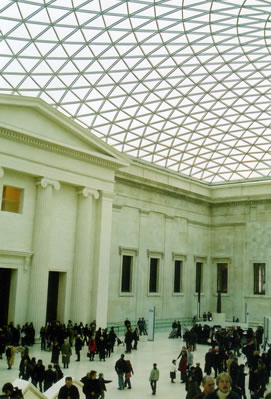 Towards the end of my London life I had a job at London Uni. and was located right slap bang in the middle of it all. That’s when I really got to see the cheesy postcard London full of Black cabs, Red buses, tourists, restaurants, theatres, museums and cinemas. That’s probably the one thing that I miss most about London though – the obscure little cinemas showing films that never get a general release. Apart from that, Brum offers at least some of the other things and now, apparently, better shopping. (I still aint been to the new Bull Ring but will do so soon and feel duty bound to report back to you … no, I insist … seriously, it wont be any trouble at all).

The last time I was down in London, I was driving about town during the rush hour, on the South Circular and it struck me how different the drivers are in London and Brum. I was talking to the set designer on ‘Room to think’ about it, (a Londoner), and she was saying how she couldn’t get over how polite the drivers in Brum are in comparison!

I can’t say I’d given it much thought while I was living there but then again I did learn to drive in London in 19 … ?!? … urm … err … dammit! I just wish I could remember something!

Oh well, back to the salt mines.