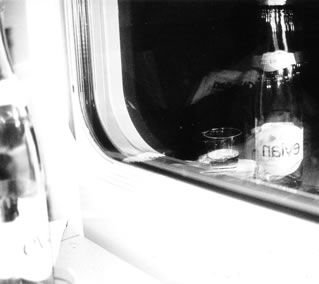 I can’t afford a foreign holiday this year, (in fact I couldn’t afford one last year either), so I’ve decided to go on a virtual holiday. Actually, it’s really a case of re-living my holidays from previous years. I finally attached a scanner to my trusty laptop and am in the process of scanning in all those snapshots I’ve been meaning to for years.

So, here’s the first installment, (what?… you have to leave?… so soon?… be like that then!)

Well, if you’re still here – this was a Eurostar hop across to Lille. It’s the first major stop on the way to Paris. First impressions are that it’s a gargantuan shopping mall taking advantage of it’s position as the hub for travelling between London, Brussels, Amsterdam and Paris.

However, if you venture away from the main shopping areas there’s actually a real-life French town out there with cafes (ooh la la!), patisseries (yum!), McDonalds (why!) and French people (well nothing’s perfect). 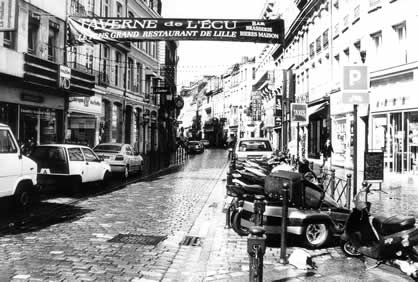 I jest, the locals were, contrary to popular myth, friendly enough. I guess they’re used to Brits barging about the place and my school French was laughably passable enough. In fact I think I must have spoken what little French I did with a heavy English accent because their little gallic faces lit up whenever I opened my gob. Though it may have been relief at knowing that I wasn’t just another ‘dodgy North African’.

Am I being paranoid? not really. Wherever I go abroad, the last guess at my nationality, by locals, is British. So, as long as I don’t open my mouth I can play at ‘guess where I’m from’. A simple game that has the added interest of alerting me to what the local attitude to their immigrant population is. It’s best played away from large cosmopolitan areas such as Paris, Madrid or most Western European capitals.

Well, France is as multicultural as Britain, (perhaps moreso), and despite all the hoo-ha about Front National and Le Pen, I’m happy to say that I’ve never had any problems anywhere in France.